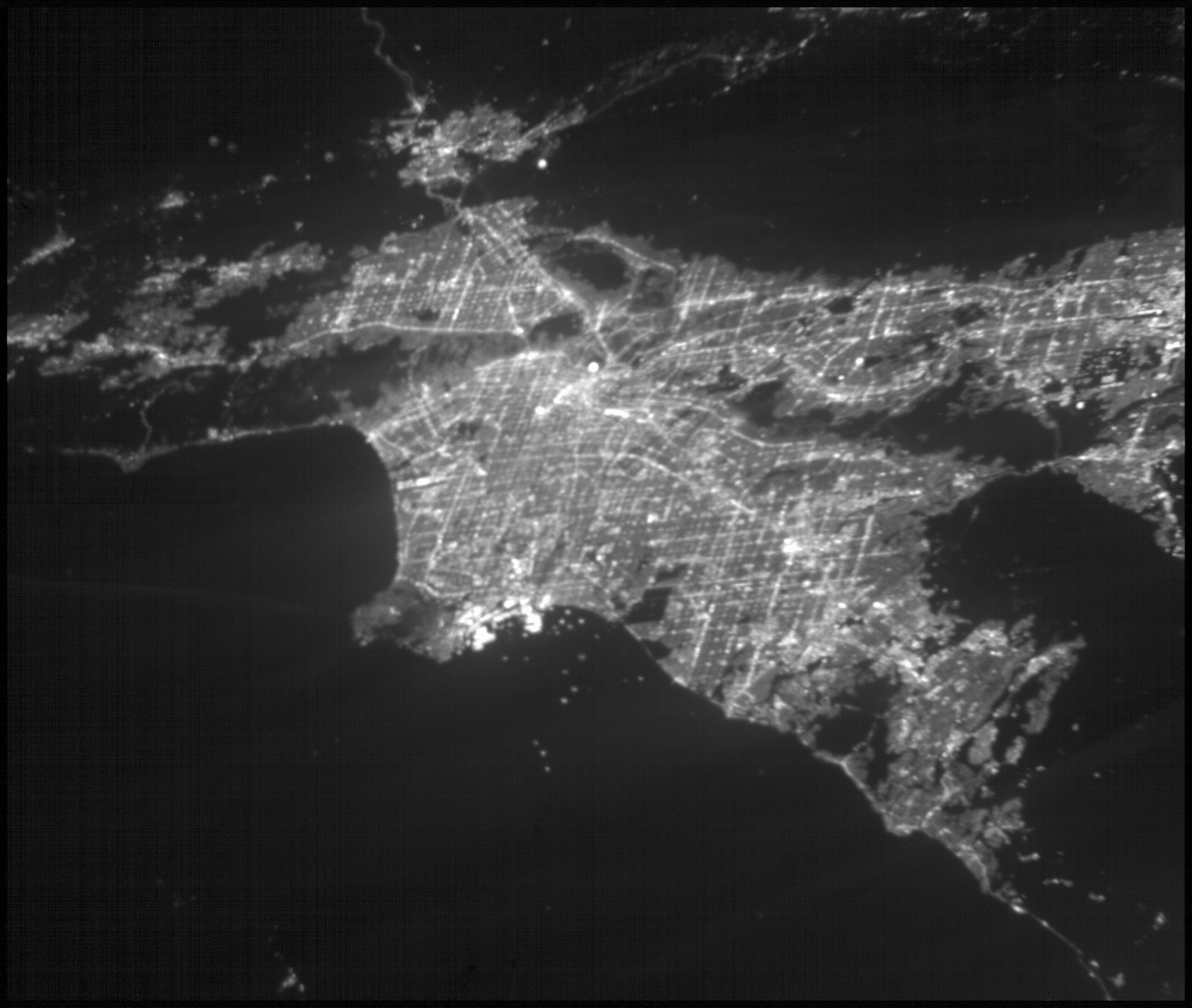 This image of the greater Los Angeles area was taken on March 29, 2019, by ASTERIA, the Arcsecond Space Telescope Enabling Research in Astrophysics satellite. The Port of Long Beach is visible near the center of the image. Credit: NASA/JPL-Caltech

A small satellite designed to hunt for new planets beyond the solar system recently looked down at Earth to capture an image of California’s “City of Stars.”

The greater Los Angeles area stands out in these images from ASTERIA, the Arcsecond Space Telescope Enabling Research in Astrophysics, a satellite not much larger than a briefcase. ASTERIA is a CubeSat, or a small satellite composed of cubic units that measure 10 centimeters (4.5 inches) on each side. This particular CubeSat is made up of six units.

The images, taken March 29, reveal a massive grid of illuminated city streets and freeways. A bright spot near the center of the first image marks the location of Dodger Stadium. (The Dodgers played the Arizona Diamondbacks at home that night.) To the northeast, near the darkness of the San Gabriel Mountains, is NASA’s Jet Propulsion Laboratory in Pasadena, California, which built and operates ASTERIA, and the nearby Rose Bowl Stadium. The close-cropped image shows a region of about 43.5 square miles (70 square kilometers), with a resolution of about 100 feet (30 meters) per pixel.

Lots of orbiting small satellites can take higher-quality pictures of Earth than this one. But ASTERIA is the only CubeSat in orbit that can also look for exoplanets, or planets orbiting stars other than our Sun. Its primary mission objective was to demonstrate precision-pointing technology in a small satellite. 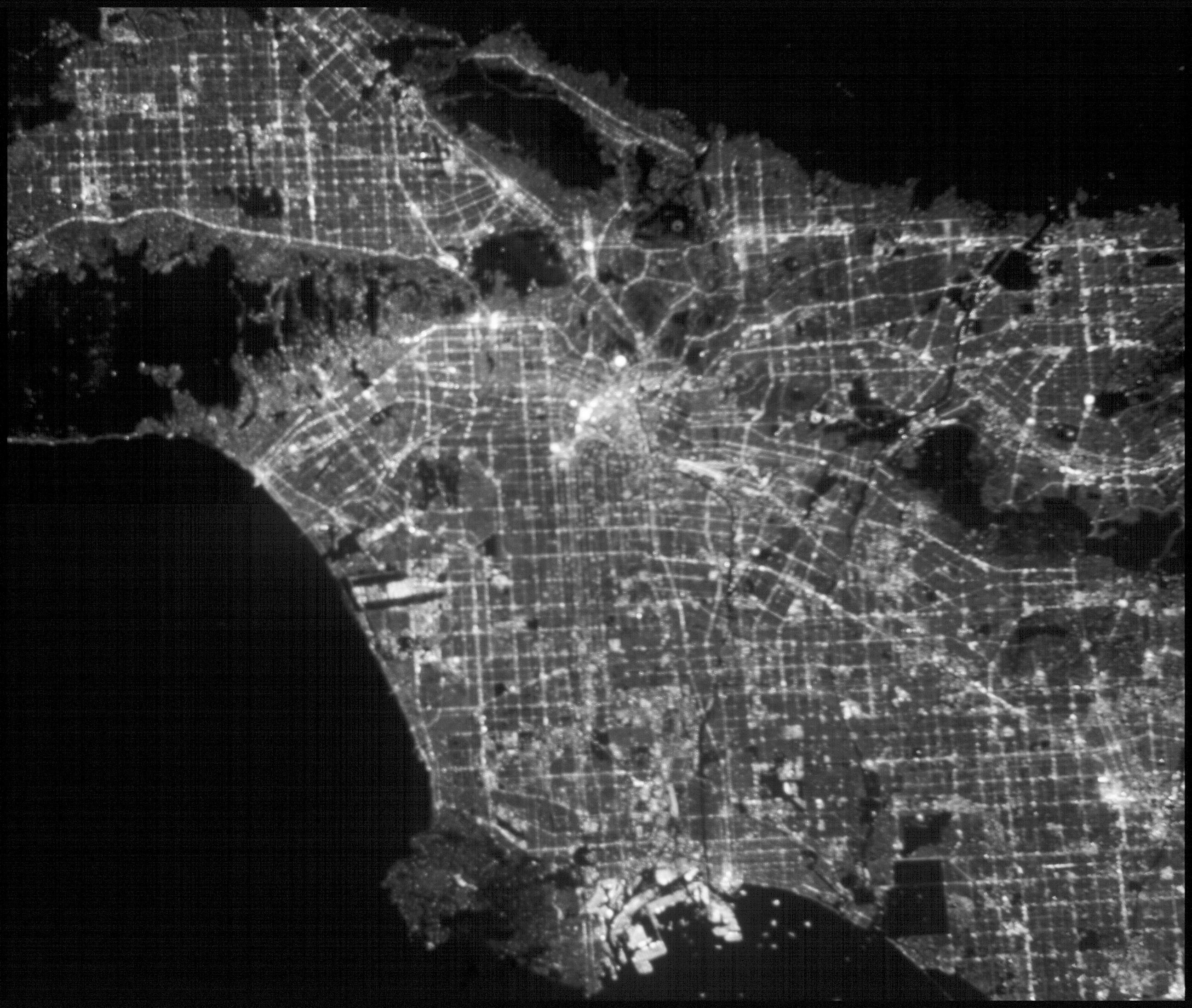 This image of the greater Los Angeles area was taken on March 29, 2019 by ASTERIA, the Arcsecond Space Telescope Enabling Research in Astrophysics satellite. It shows a region of about 43.5 square miles (70 square kilometers) with a resolution of about 100 feet (30 meters) per pixel. Credit: NASA/JPL-Caltech

With precision pointing, ASTERIA can stare at a star for long periods of time and measure small changes in its brightness. A slight decrease in a star’s brightness as detected by ASTERIA could indicate that a planet is orbiting the star and passed in front of the star. This is called a planet transit. (NASA missions that use or have used the transit method to find exoplanets include the Transiting Exoplanet Survey Satellite, or TESS, which launched in 2018, and the recently retired Kepler space telescope.) ASTERIA took these images of Los Angeles in order to further explore the capabilities of its onboard hardware.

Engineers will test an onboard navigation system that could enable the satellite to autonomously determine its own orbit using only ASTERIA’s imaging system. This will establish whether a CubeSat system has the capability to navigate by itself in a low-Earth orbit environment in which GPS services are unavailable or ground communication is intermittent. 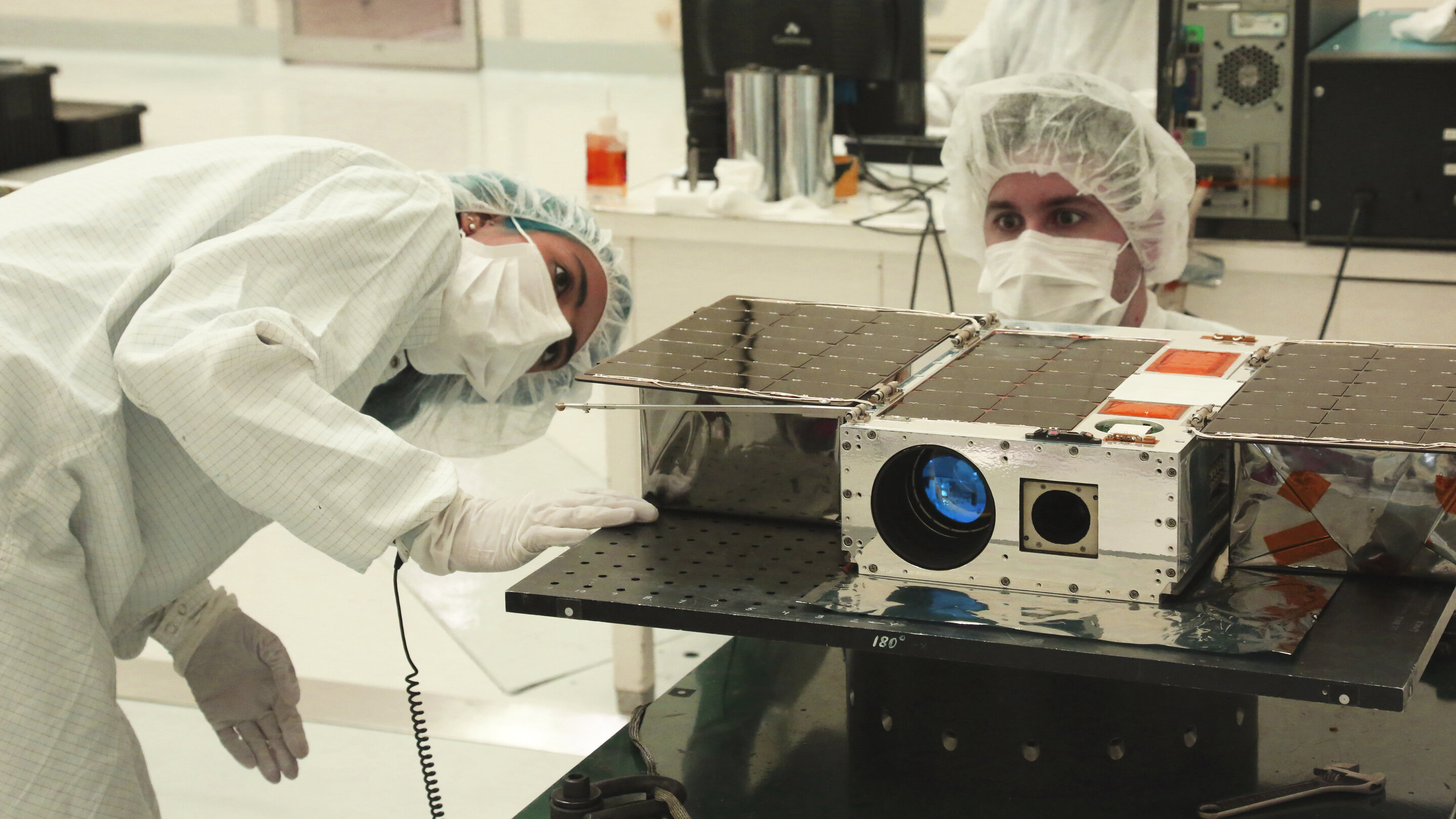