The Jupiter Icy Moons Explorer (JUCE) is prepping to study Jupiter, along with its three largest moons—Ganymede, Callisto, and Europa, all of which are thought to contain internal oceans beneath their surfaces. Among other objectives, the mission will explore the emergence of habitable worlds around gas giants.

The spacecraft will have a mounted 10.5-m long magnetometer boom, known as J-MAG. “Its goal is to measure Jupiter’s magnetic field, its interaction with the internal magnetic field of Ganymede, and to study subsurface oceans of the icy moons,” according to the ESA.

A test version of that boom, pictured below, is undergoing tests at the ESA’s Test Center located in the Netherlands. A set of helium balloons took on the model’s weight to help mimic the weightless of space, which will be its deployment environment. Simulated launch vibrations will also test its readiness for space.

The spacecraft will launch in 2022, and arrive at Jupiter in 2029 to begin its more than 3-year mission. 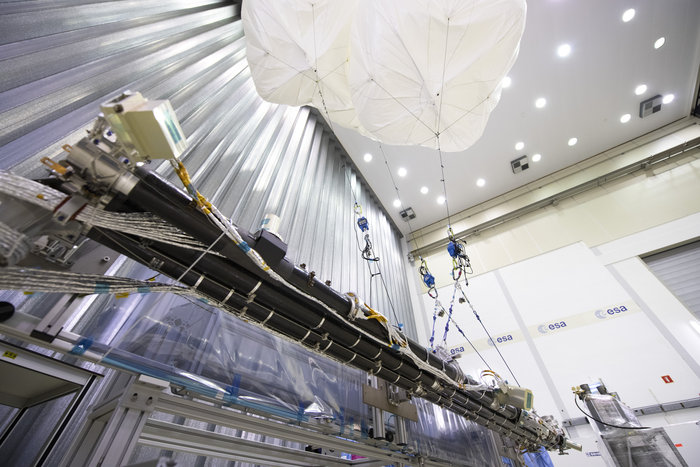