Statesman, inventor, and colonial lady-killer, Benjamin Franklin, didn’t invent wireless technology, per say, but his research did pave the way for his scientific successors to do exactly that.

Although it’s debatable whether or not he actually flew the kite in his proposed now-famous lightning storm experiment, his work led him to propose a new model of electricity—one that proved electricity could, in fact, move through the air. 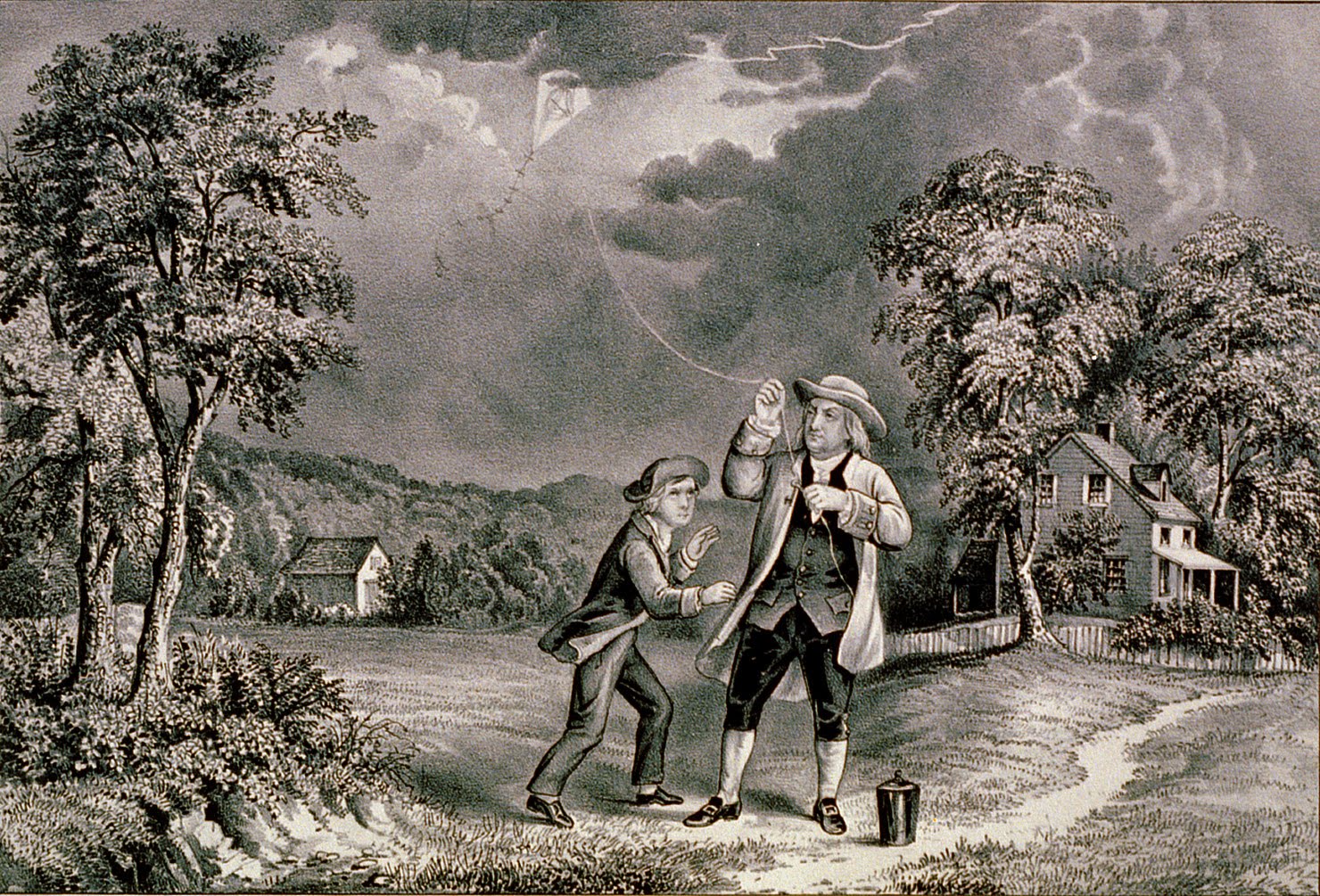 Prior to Franklin’s work, people believed that electricity consisted of two opposing forces, or “fluids.” Franklin, however, demonstrated that it was actually one “fluid,” capable of existing in excess or absence in an object—which, in turn, explains the object’s electrical charge. Further, he posited that electricity could pass from one body to another and could never be destroyed.

These tenets came together in Franklin’s One-Fluid Theory, which provides the basis for our modern understanding of electricity, current (the movement of positive charges), and (later on) magnetism and electrons. Over the course of his experimentation, Franklin also coined certain electrical terms we still use today, such as battery, charge, conductor, condenser, plus, and minus.

While unrelated to wireless technology, Benjamin Franklin also invented pool flippers, the lightning rod, bifocals, the odometer, and the flexible urinary catheter. Be sure to drop some of these knowledge bombs for instant popularity at your upcoming July 4th barbecues.