The wreck of the U.S. Navy tugboat USS Conestoga is seen on sonar in at a depth of 185 feet in the waters of the Greater Farallones National Marine Sanctuary in California. Conestoga departed San Francisco Bay on March 25, 1921 and vanished with 56 men. The discovery of the wreck solves a 95 year-old mystery. 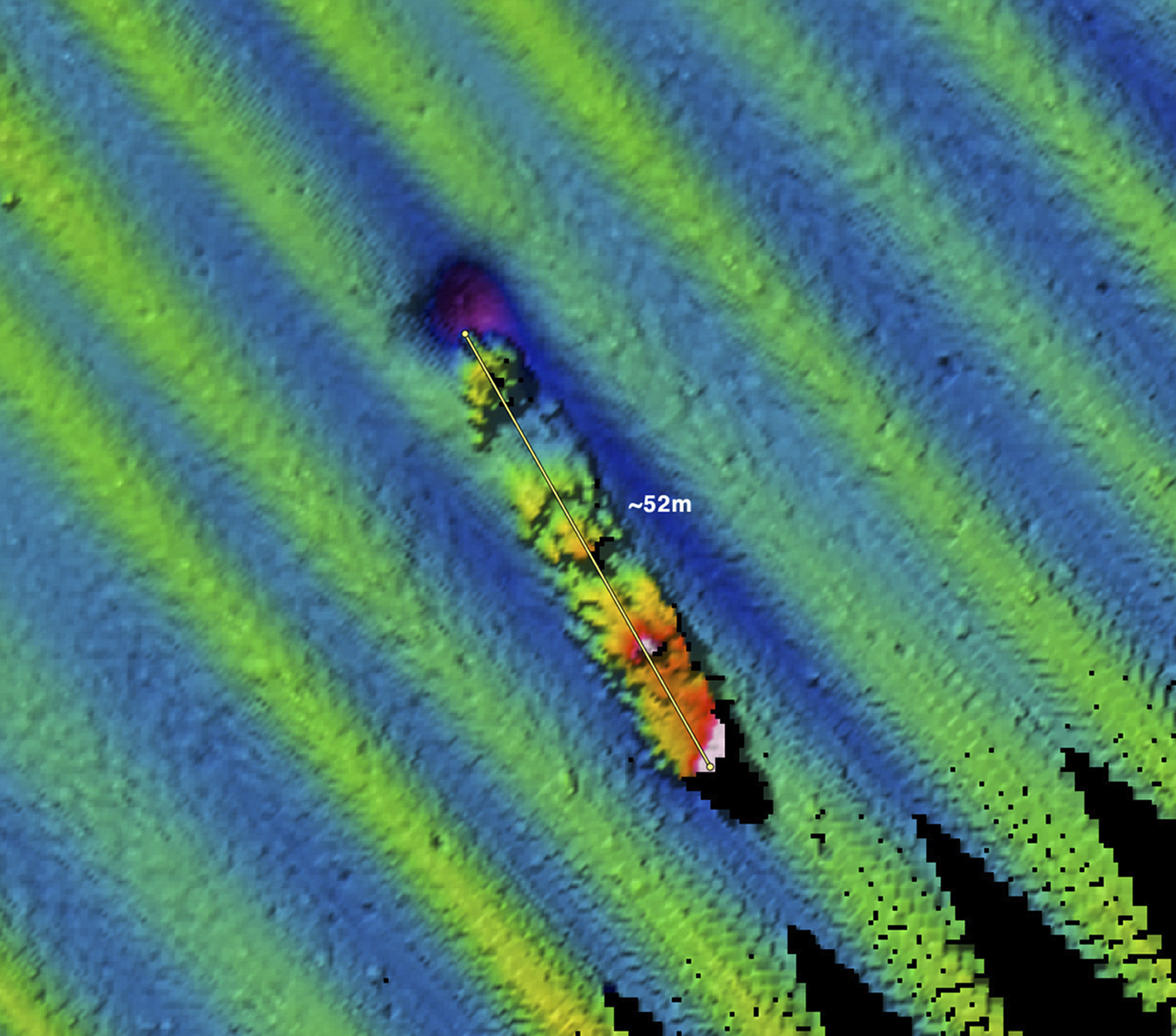