Researchers at Binghamton University, State University of New York, were set to uncover the secrets that lie beneath Alcatraz penitentiary’s former recreation yard, now a national historic landmark. The team used laser scans, ground-penetrating radar, and a process known as georectification, which links old, digitized maps to a coordinate system “so they can be accurately geolocated in 3D space,” according to the university.

The non-destructive approach revealed some surprising news—underneath was an earthwork military traverse. Although known for its prison days, Alcatraz first played a military role in the 19th century for coastal defense. When the area was bulldozed during the prison’s construction, the military history was thought to have been erased.

Binghamton University archaeologist Timothy de Smet says, “I was surprised for several reasons. The remains of these historical archaeology features were just a few centimeters beneath the surface and they were miraculously and impeccably preserved. The concrete veneer of the recreation yard floor is incredibly thin and, in fact, in places sitting directly atop the architecture from the 1860s. We also learned that some of the earthwork traverses were covered over with thin concrete layers through time, likely to decrease erosion on the rainy windy island. It was wonderful to find the history just beneath our feet that we can visualize for the public.” 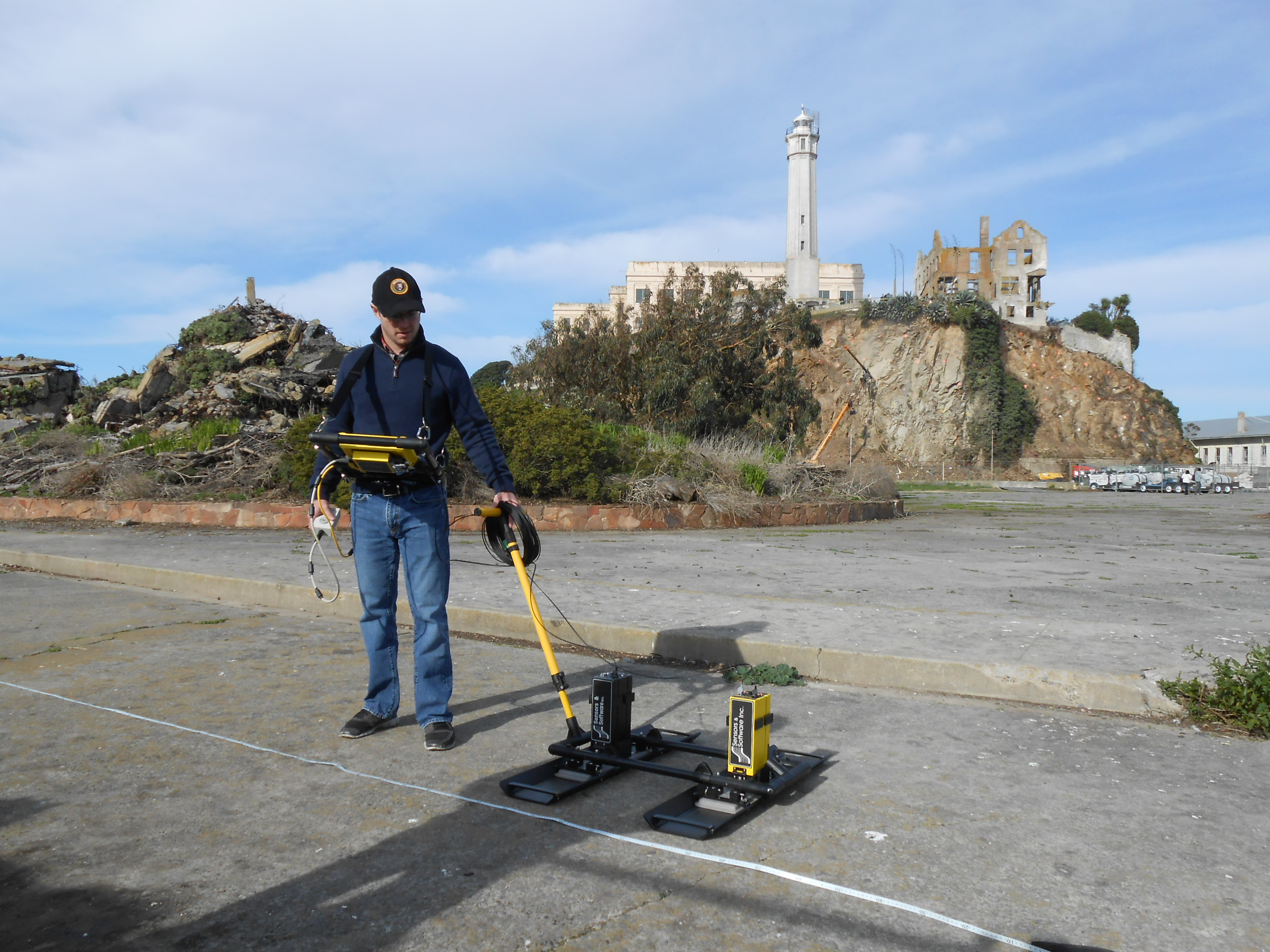 Due to the approach’s non-invasive nature, it can lend its services to other subsurface investigations at significant landmarks across the globe.

“With modern remote sensing methods like these, we can answer fundamental archaeological research questions about human behavior, social organization, and cultural change through time without costly and destructive excavation, thereby preserving these non-renewable archaeological resources in the ground—or in situ as we say in the field—for future generations,” de Smet says.

“These results are significant in that they show how modern technology can be used to answer fundamental questions of archaeological importance without any destructive excavations,” adds de Smet. “This research shows that best practice approaches can be used to non-invasively non-destructively investigate the archaeological record with remote sensing alone.”

The paper on the Alcatraz findings, “The fate of the historic fortifications at Alcatraz island based on terrestrial laser scans and ground-penetrating radar interpretations from the recreation yard,” was published in Near Surface Geophysics.

Another manuscript is in the works for the Journal of Cultural Heritage, which according to Binghamton University, will focus on “terrestrial laser scans and ground-penetrating radar from the remnants of the former Citadel beneath the prison.”