On April 24, 1946, Chief of Naval Operations Admiral Chester W. Nimitz ordered the formation of the Blue Angels to keep the public interested in naval aviation.

The U.S. Navy is now celebrating the 70th show season of this famed Flight Demonstration Squadron, which is scheduled to perform 66 demonstrations at 34 locations across the U.S. this year.

Pilots, who are Navy or Marine aviators, currently fly the F/A-18 Hornet, a twin-engine, supersonic, multirole combat jet. Designed to be both a fighter and attack aircraft, it can reach a top speed of Mach 1.8 (or 1,190 mph).

The Angels draw about 11 million spectators to shows each year—totaling well over 160 million people since 1946.

Here’s a look at some of their dazzling, death-defying moments over the years. 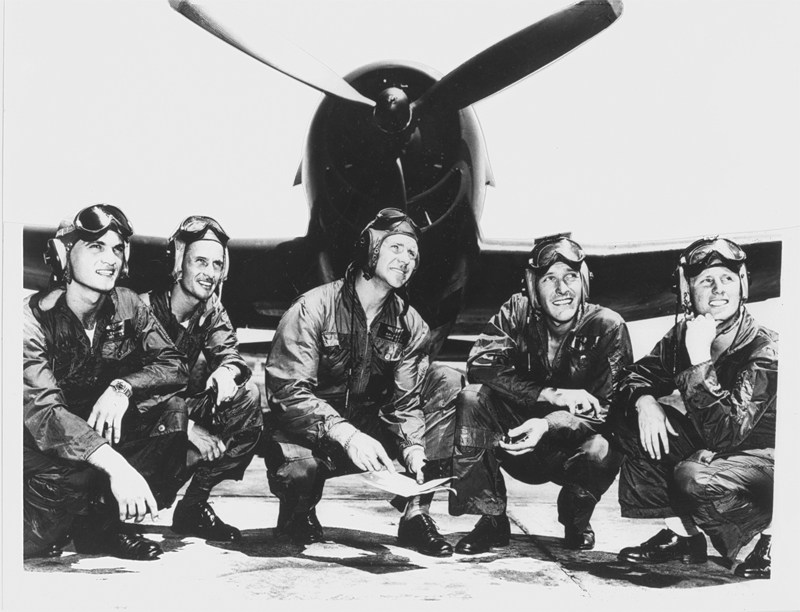 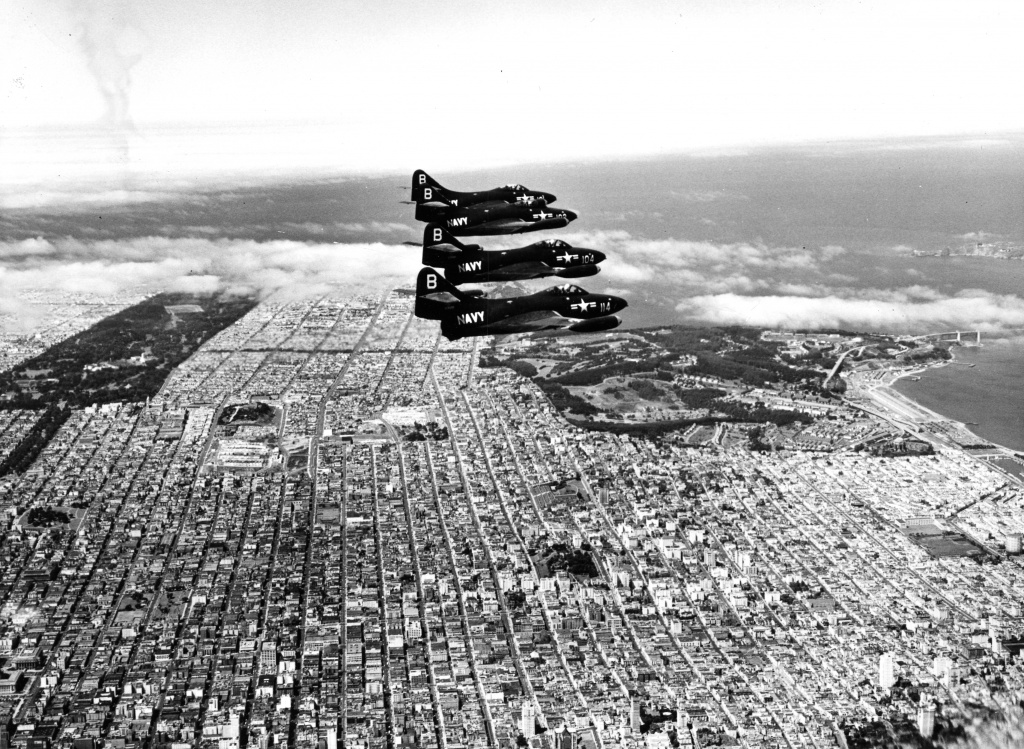 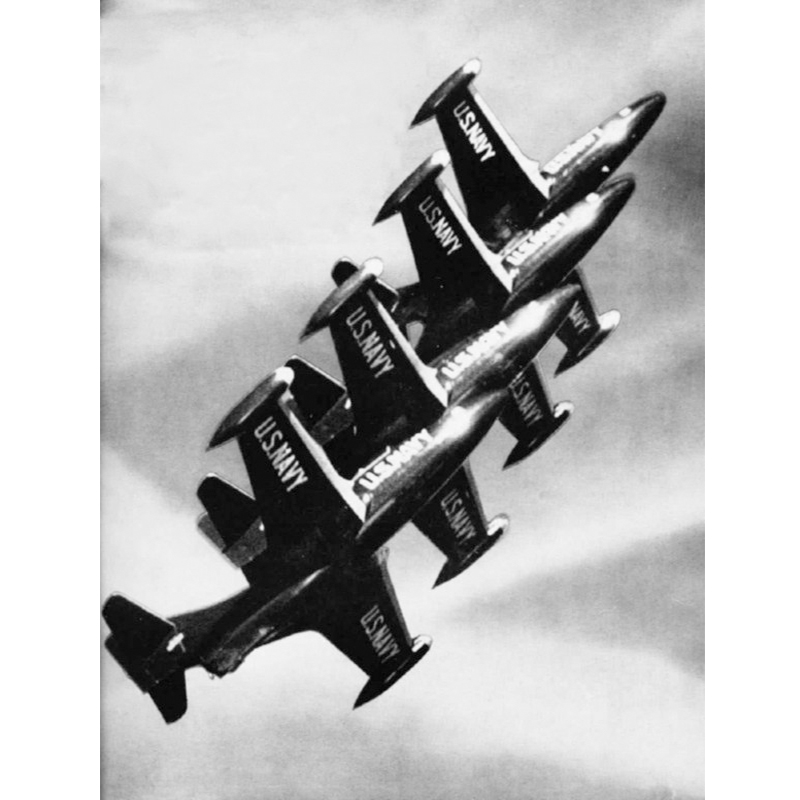 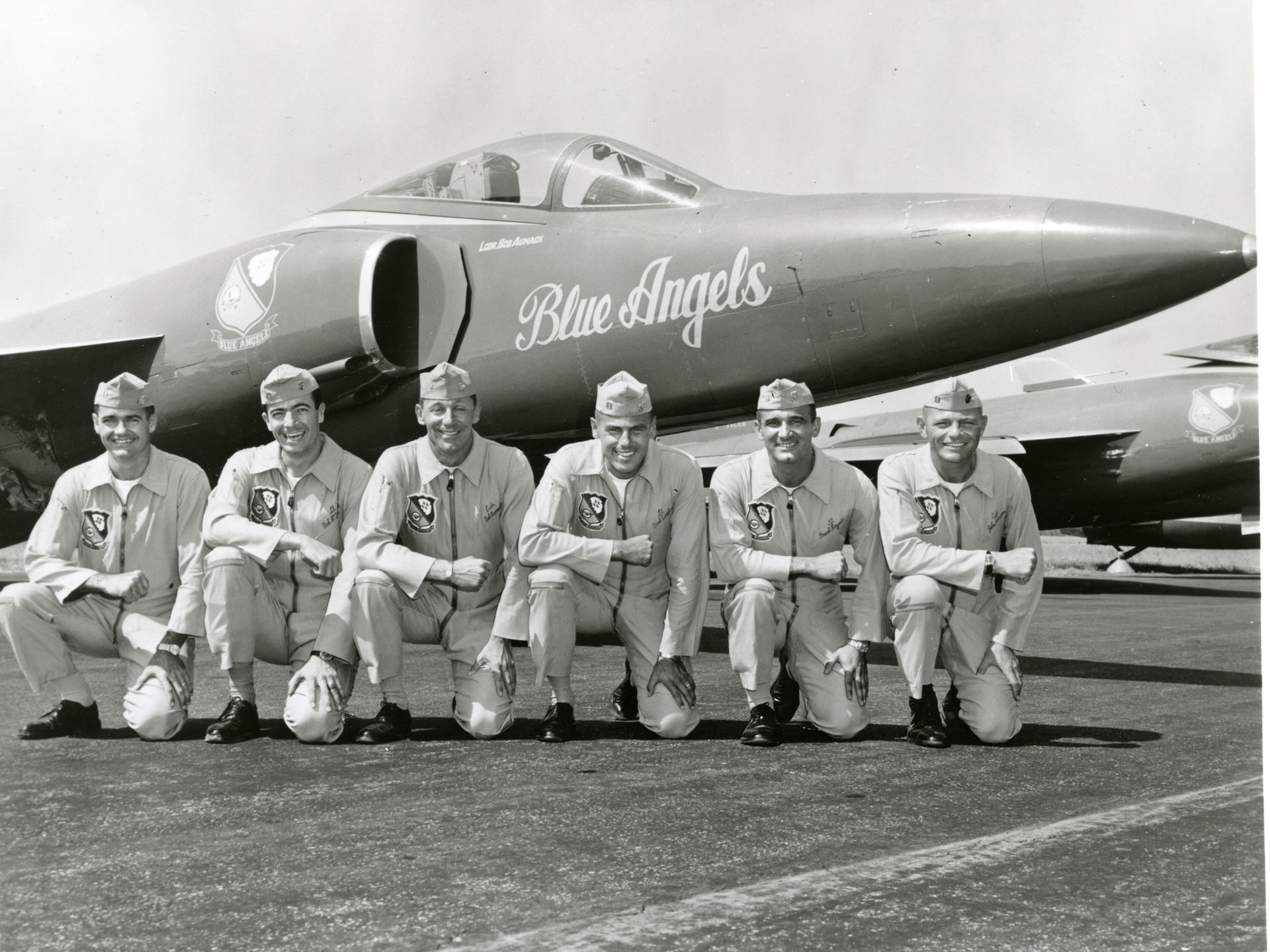 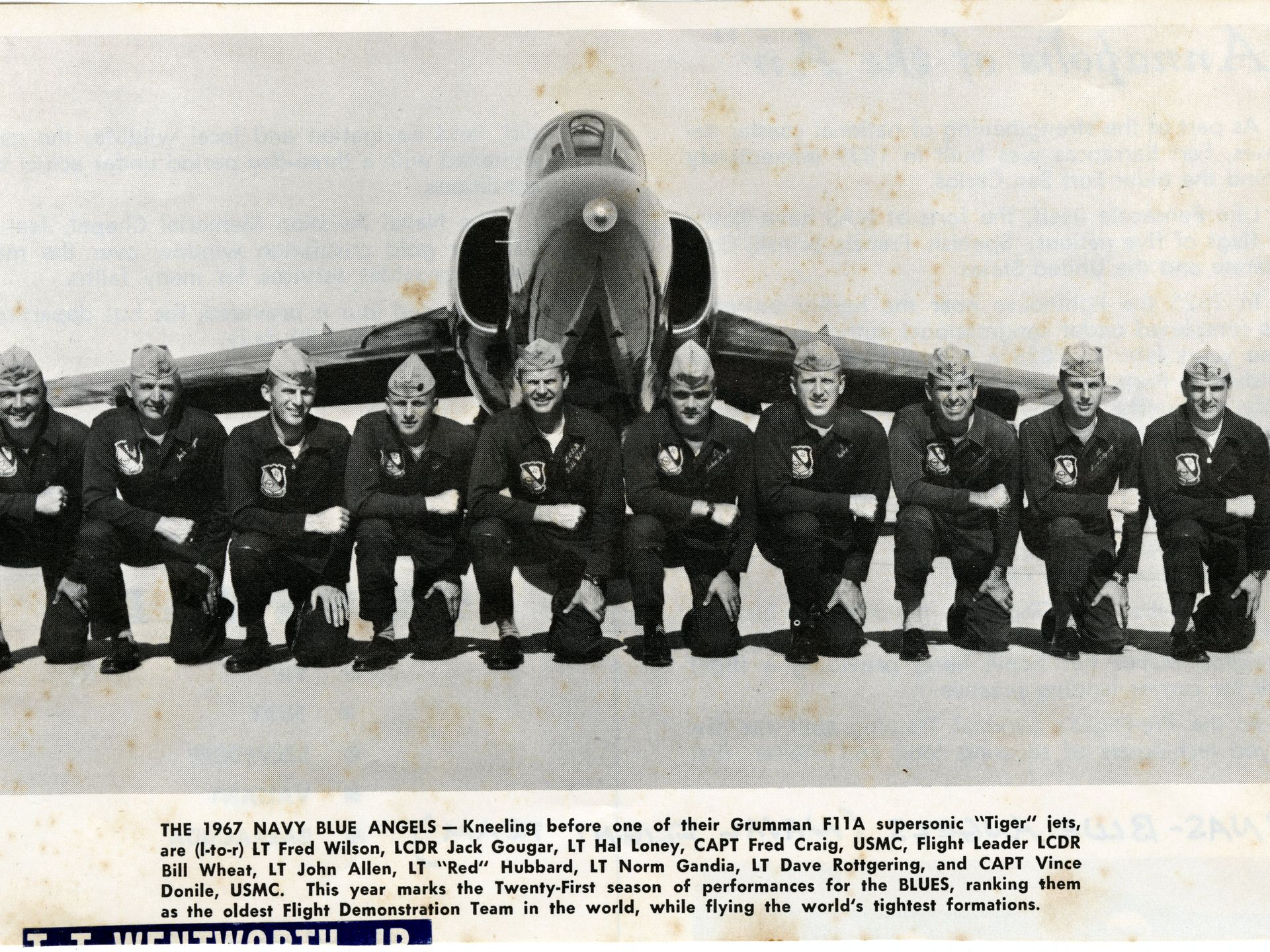 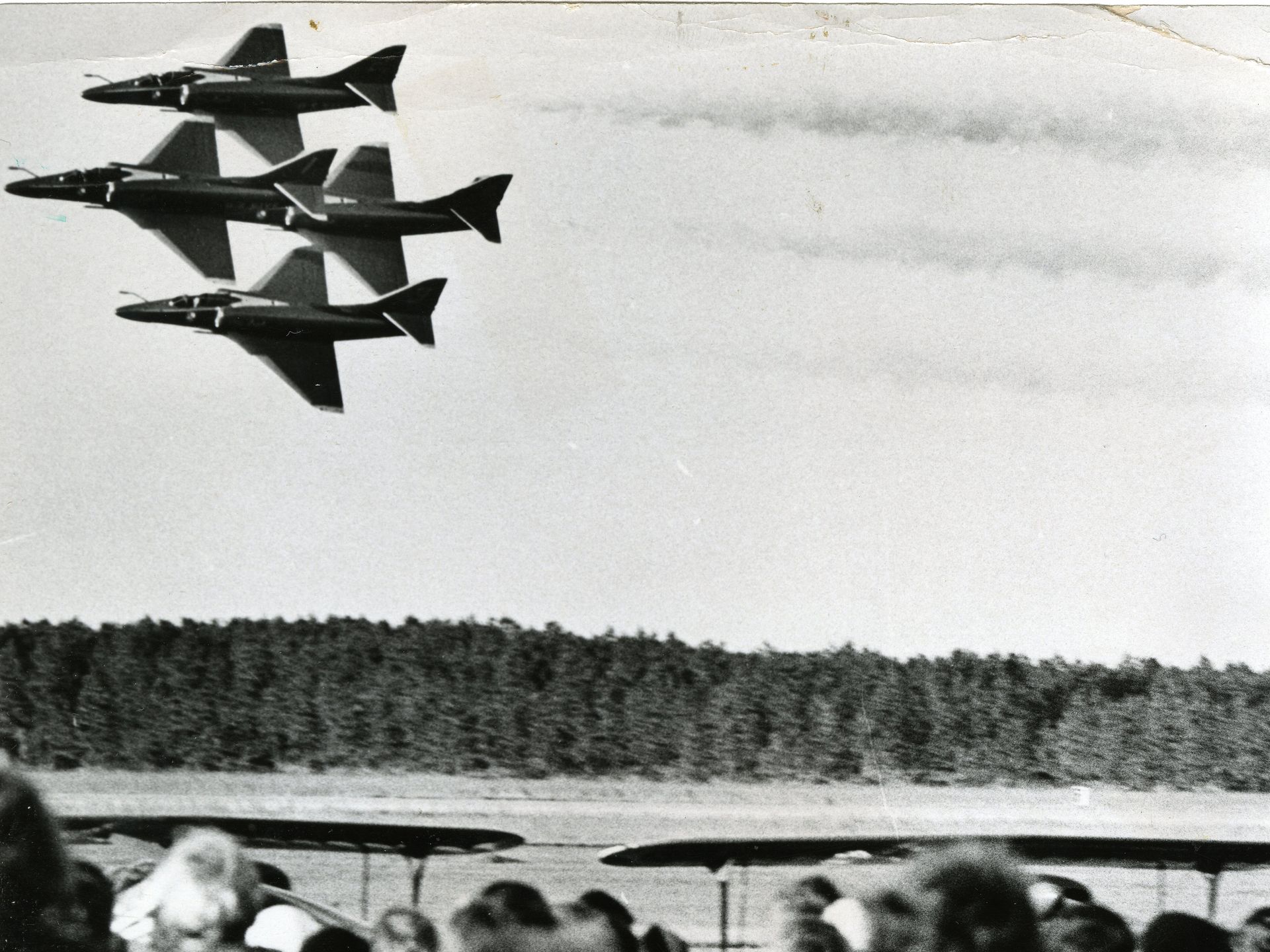 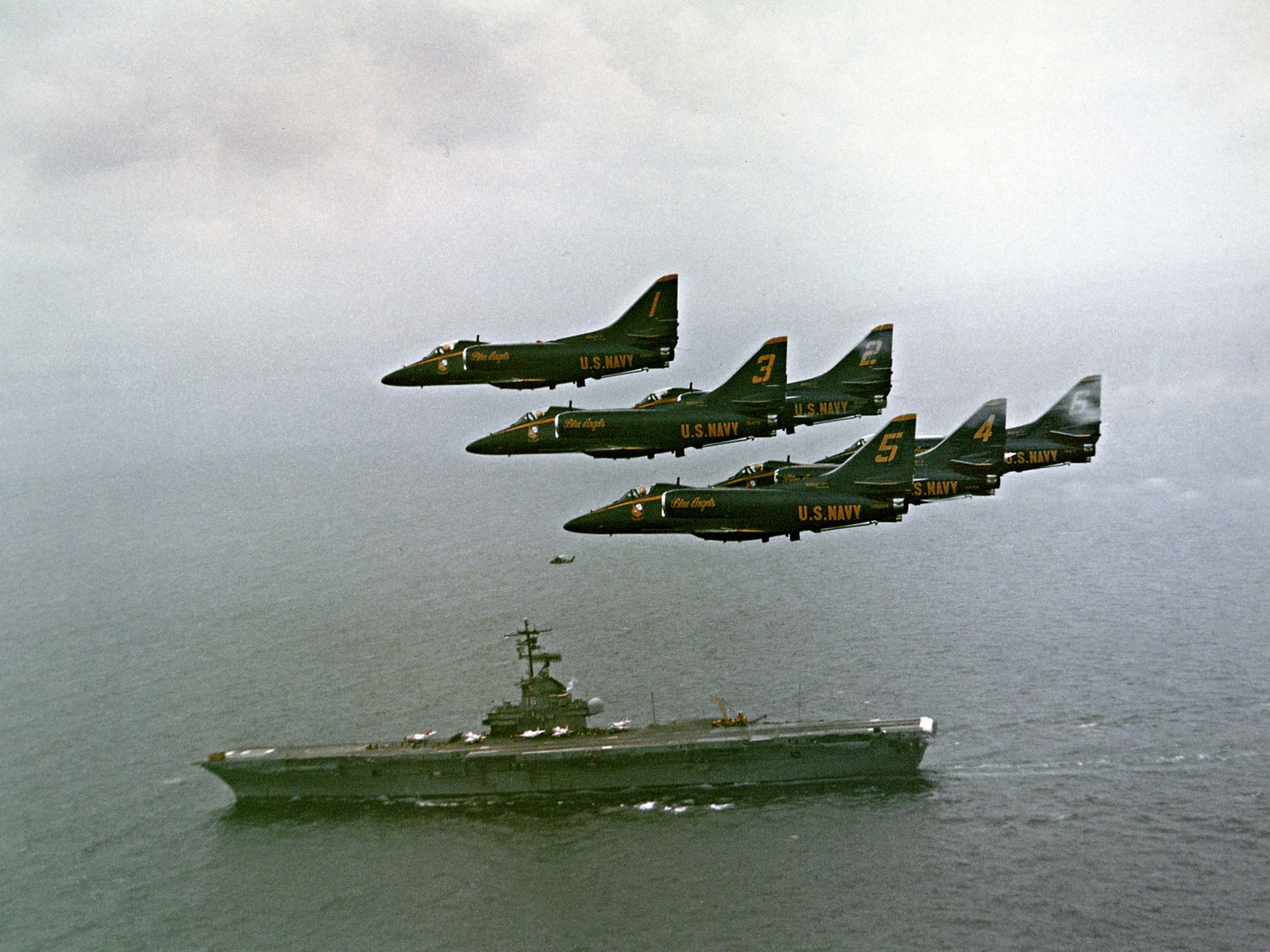 The Blue Angels fly the A-4 Skyhawk over the USS Lexington, 1980s. (Credit: Pensacola Historical Society) 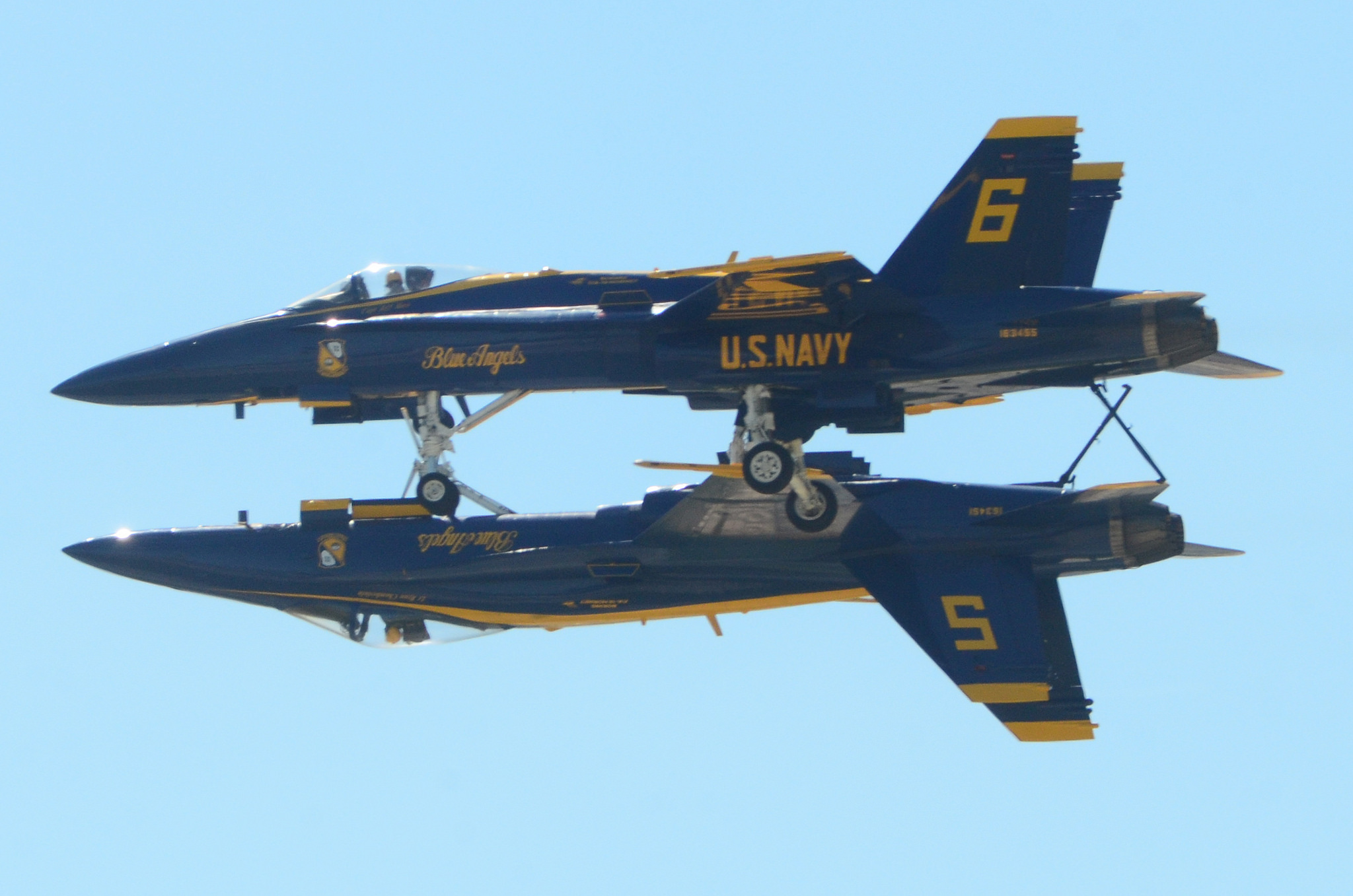 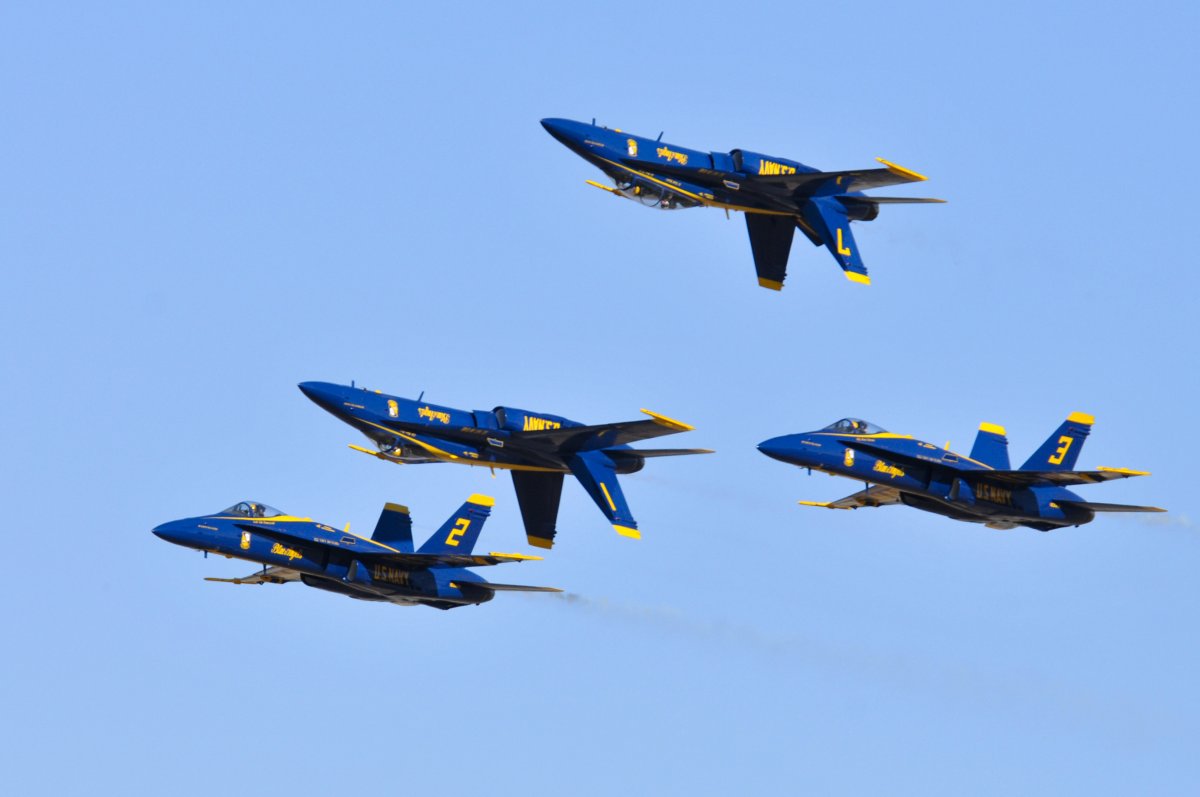