On July 27, 1949, the British De Havilland Comet successfully completed its test-flight as the world’s first jet-propelled aircraft. The brainchild of English aircraft designer and aviation pioneer, Sir Geoffrey de Havilland (1883-1965), the Comet would forever change the game for the airline industry.

In 1952, the British Overseas Aircraft Corporation (BOAC) initiated the world’s first commercial jet service with the Comet 1A. A 44-seat, four-engine passenger craft that flew (“vibration-free”) between London and Johannesburg, the Comet was capable of flying just short of 480 mph—an unprecedented speed that, at the time, shrunk air travel time in half.

Unfortunately, however, Comet service was discontinued following fatal crashes in 1953 and 1954, owing to metal fatigue brought on by constant pressurization and depressurization of the aircraft.

By the time De Havilland improved the design, U.S. airline manufacturers Boeing and Douglas had taken over the airline industry, permanently grounding commercial Comets by the early 1980s.

Despite such an anticlimactic ending to the Comet’s story, the aircraft set a new precedent for the way people travel—particularly, how fast and for how long.

On that note, check out the infographic (below), showcasing the world’s longest non-stop flights. Beginning in February of this year, the Boeing 777-2000LR aircraft boasts a flight time of 17 hours and 35 minutes between Sydney and Dallas Fort Worth. 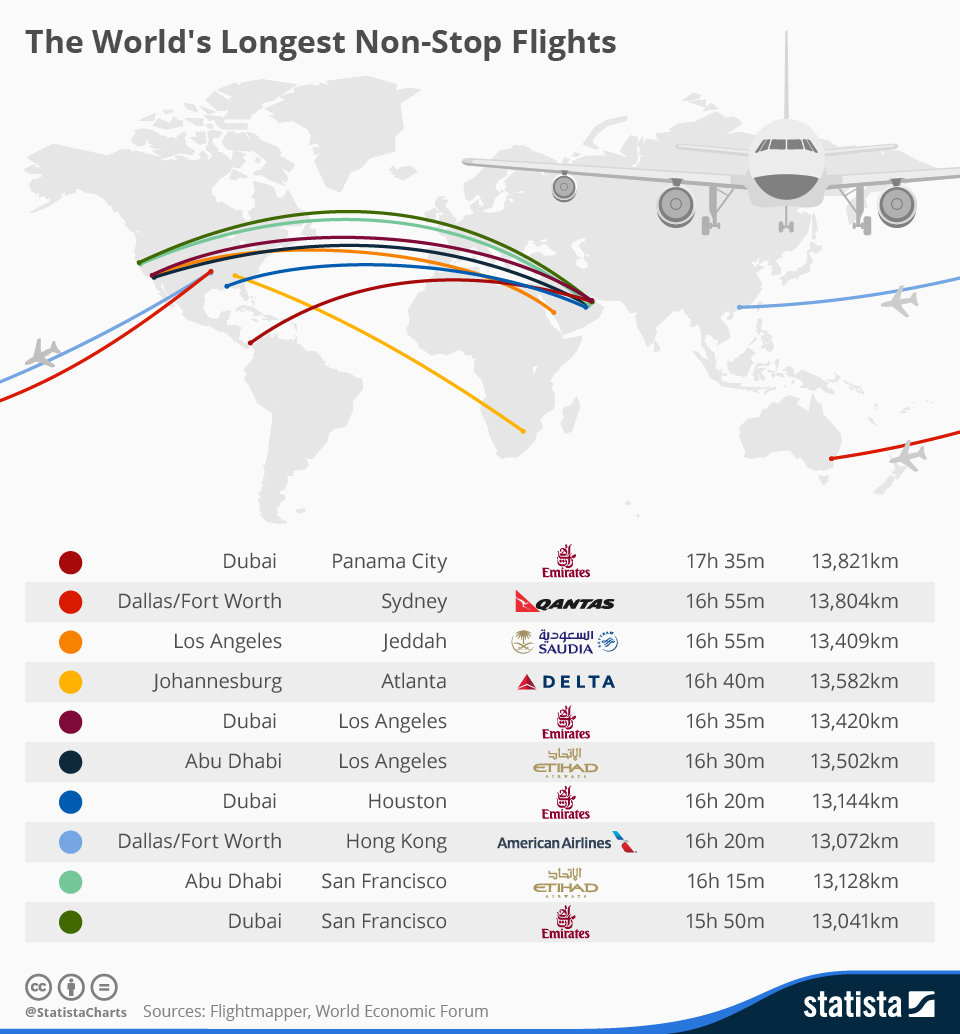